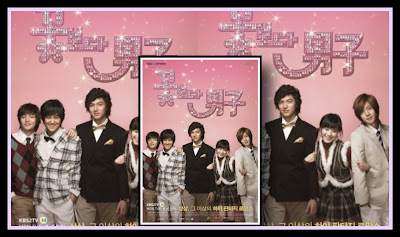 Geum Jan Di comes from a poor family who owns a dry-cleaning shop. One day, she visits Shinhwa High School, a prestigious school for the wealthy, and saves a student trying to commit suicide because of bullying. For her heroic act, Jan Di receives a swimming scholarship and starts attending the school.

In Shinhwa High, she meets the notorious F4, the most popular and powerful group of boys at the school, consisting of Gu Jun Pyo; the leader of F4 and heir to the Shinhwa Group, Yoon Ji Hu; the grandson of a former president of Korea, So Yi Jung; a skilled potter who comes from a family that owns the country's biggest art museum, and Song Woo Bin; whose family runs the country's largest construction company.

Her life at school starts out miserable, as she doesn't fit in with other students because of her status, and later becomes worse when she is labeled as the new bullying target of the F4.

Where To Watch Online Boys Over Flowers Drama

What can I say about this timeless drama...? This drama has to be one of my favourites of all time. It meets your school love dreams and makes your inner fangirl/fanboy happy. 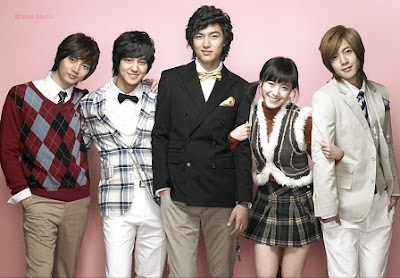 This drama depicts Geum Jan-di (Gu Hye Seon), an ordinary, underprivileged girl who saves a pupil at a fancy private school. She is then given a scholarship to attend the university. She has a lot of run-ins with F4, the school's most popular, wealthy, and powerful four boys, soon after she enrols. The plot revolves around Geum Jan-di and Goo Joon Pyo's love tale (played by Lee Min Ho). They confront numerous challenges and are involved in a love triangle with another member of the F4, Yoon Ji Hoo (played by Kim Hyun Joong).
This drama is a wonderful beginning point for individuals who are new to Korean dramas. The plot is amusing and simple to follow. It's fascinating and entertaining to keep watching to see what happens to the F4 and their relationships. Because of how cute Goo Joon Pyo and Geum Jan Di were, there were numerous occasions when I simply wanted to hide under my bed and cry. Some plots, such as when Geum Jan Di learns that Goo Joon Pyo is in the hospital and rushes out in her house slippers, made me fall in love with this drama.
The plot has some gloomy moments that helped to balance it out and make it more intriguing to watch. The plot was kept moving by events such as Geum Jan Di winding up in a hotel after a so-called one-night stand and Goo Joon Pyo's mother refusing to accept Geum Jan Di. It was fascinating and entertaining to observe how it all came to light and how the disputes between them were addressed.
One of my favourite aspects of this drama was witnessing the F4's brotherhood. They've been friends since they were small children and have always stood by each other. They went out of their way to make each other happy. Another famous plot saw the rest of the F4 assisting in the investigation of who was responsible for convincing Geum Jan Di and the entire school that she had cheated on Goo Joon Pyo. Friendship is a major subject in this drama, and it plays a significant part.
One thing I've learnt from witnessing this drama is that you can choose your family and be surrounded by people who love and appreciate you. Another thing I've learned is that good friends will always be there for you and root for you, and that if you want anything, you should give it your all. Never surrender.
I may be overthinking some of those lessons, but dramas like this give me hope. While they may not be realistic, and there is no way in hell that this will ever happen to me, they do offer me hope. And if you have hope, anything is possible.

How many star rating would you give for this drama?

Have you seen this drama, if yes then how did you like this drama, you can give your opinion in the comment box and how many stars will you give?
#2009 #Apple Tv #AsianCrush 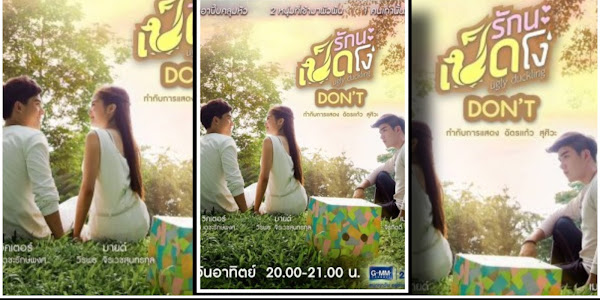